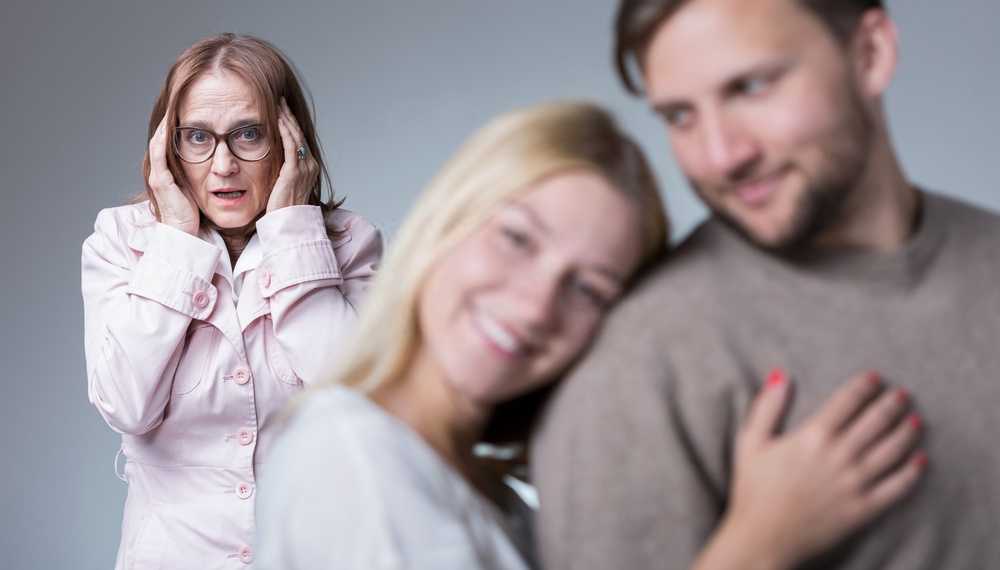 Mothers-in-law are the mothers to our spouses. They are suppose to be a very important part of our extended family. But unfortunately sometimes, Mothers-in-law are notorious for being controlling, judgmental, critical, and overbearing. And like any toxic person, a toxic mother-in-law is a soul-sucking parasite that feeds on your misery. To protect yourself and your loved ones, you first need to know your enemy, so here are 14 signs you might be dealing with a toxic mother-in-law.

14 Signs You Have a Toxic Mother-in-Law

1. She is always right, without exception.

Which means that she’s never wrong. She’ll never admit being wrong, and she will never apologize for anything. That would surely cause the collapse of the Western civilization and contradict the premise that she’s always right. In her eyes, you (and possibly your spouse) are the only one to blame.

She will ignore you for the most part, conveying that you don’t matter to her. She will not listen to a word you say. She’ll ask you if you’re hungry, hear “no,” and still put food on your plate. She’ll also disregard any of your accomplishments as insignificant and unworthy of her attention. Only things that have value to her are important.

She will communicate to you, in a thousand subtle ways, that you are not good enough for her son or for her family. She will not say it to your face, no, but you will hear the message loud and clear. Depending on your self-esteem, you will either feel devastated or slightly amused.

To establish her dominance, she will expect you to please her. That would include adopting her opinions, religion, culture, appearing at every family event, learning her ways of cooking, cleaning and just about everything else under the sun (because her way is clearly better), and, last but not least, giving her grandchildren. If you fail to do any of that, you are indeed a rotten daughter-in-law, and she has a right to complain about you to anyone who’ll listen.

5. She has control issues.

If she can’t get you to respect her authority, she’ll tighten the reins on her son, her other kids, her grandchildren, and as many friends and family as possible. She’ll make simple things complicated just to prove to everyone she’s the one calling the shots.

6. She doesn’t respect your words, choices, or personal space.

She will come to your house uninvited and unannounced, expecting you to welcome her with open arms and be grateful for the honor of her visit. She will look with disgust at how filthy your place is and how unmannered your kids are.

Her narrow mentality dictates that she must rule by withholding her affection and approval, so she will use silent treatments, guilt, blame, and direct intimidation to manipulate you and your husband. If he’s not siding with her, she will be punishing and destructive towards him, too. At the same time, she will be demonstratively granting her love to his siblings and your sister-in-law.

8. She loves an audience, and she’s very concerned with appearances.

In public, she will enact a charming, cultured woman who is a selfless caretaker of her family. She may even be known as a philanthropist in her community. Most people will fall for that. They will not understand what beef you could possibly have with such a great lady. Don’t try to dissuade them. Let them stay in the matrix. Let them enjoy their steak.

Like any narcissist, she sees her children not as individuals, but as extensions of herself. Everything they do reflects on her, so she will go to great lengths to correct any “deviation” from the path she’s chosen. That includes the people they marry; you. She will never give up trying to destroy your marriage or to control her children’s lives.
She engages in smear tactics. If she feels that her seat on the throne is threatened, she will become extremely defensive and passive-aggressive. She will start a smear campaign in her community, trying to turn everyone against you. You’ll know she’s not pleased when you start hearing all the rumors and lies she’s saying about you behind your back. Eventually she’ll try to turn her son against you, too.

If she feels threatened by you, she’ll figure out a thousand ways to make you suffer for it. Get ready for guilt trips, silent treatments, finger-pointing, button-pushing, and manipulation. She’ll turn all of her affection elsewhere just to spite you. She’ll play favorites with everyone else, hoping to make you suffer even more.

11. She shows you a negative side she hides from everyone else.

At some point you’ll realize that your mother-in-law has two faces: the nice respectable one she shows to friends and family, and the negative, critical, toxic side she saves just for you. And if you tell anyone, they’ll think you’re crazy for complaining about such a sweet lady.

There will be times when she’s nice to you (usually, after you’ve done something she approves of). She might get you a nice gift for your birthday, support your opinion or compliment you (or at least refrain from insults for once). At this point you might be tempted to think that she’s starting to accept you as a daughter-in-law, but don’t be fooled.

13. She’s just waiting for you to let your guard down.

Don’t lose your vigilance even when she’s on her best behavior. It may look like things are getting better. Then, out of nowhere, she will turn on you again, and you will be reminded that she will never accept you, and you can never have a relationship with her. That’s not necessarily a bad thing, by the way.

Sisters /Brothers True Love Group International, we lead, inspire and mentor (men/women) brothers/sisters to open up by embracing their individual power, purpose and value, in totality, by owning up as to taking up responsibility for their lives and relationships in any environment. We work as a team to empower women to live the lives they love, igniting their purpose and passion to make a positive contribution in the world that we live in. We believe this will end fear, especially, in a woman's world. Touch of Love Foundation is the Non-Profit Arm of the Sisters True Love Group International. The foundation is created for outreach to the less privileged, the elderly, the sick and the poor.